Even though they appear to be the same animal and belong to the same order of mammals, rabbits and hares are entirely different species (Lagomorpha). Physical appearance, attitudes, and even lifestyles all vary significantly. To really understand the difference between the two species, we must have some facts about each of them.

Lagomorphs were formerly categorized as rodents, but in 1912, they were separated from rodents. Hares are born with their eyes open and their bodies covered in fur, and they can run within minutes of being born (much like a Guinea pig!). Rabbits, on the other hand, are born blind and naked, and spend their first days in a fur-lined nest. 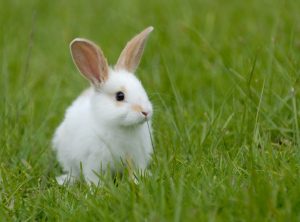 Rabbits are also called bunnies and both words are referring to the same animal; the only difference is the word we use to refer to them. Lagomorphs include rabbits and hares, as well as the pika, a small burrowing animal that resembles a large mouse and lives in colder climates.

Jackrabbits in the genus “Lepus” have been observed running at speeds of up to 45 miles per hour. Rabbits are known for their prolific reproductive abilities, so it’s no surprise that they’ve become a symbol of fertility in many cultures and religions. This emblem became synonymous with Easter as the Christian influence spread. Happy rabbits perform an adorable action known as a “binky,” in which they leap into the air and twist and turn!

Rabbits are herbivores that consume only grasses and other plants for food. They transfer two separate kinds of feces to absolutely break down their food because their diet contains too much cellulose. Although other grazers chew and swallow their feed before “burping” it up (as cows do with cud), rabbits re-ingest their feces on the first pass to ensure they receive all of the nutrients they need.

Rabbits have an average lifespan of 8 years, but sterilized rabbits (those that have been spayed or neutered) will live for up to 12 years. The teeth of a rabbit never stop rising! Many people believe that chewing is necessary for keeping their teeth short. Although they enjoy chewing, a rabbit’s teeth are kept short by regular wear from where their top and bottom teeth touch.

The hare, also known as the jackrabbit, is a small mammal that belongs to the same Leporidae family as rabbits. Hares are found in Africa, Eurasia, and North America, and there are 32 different species. Hares can be found in open woodland, meadows, clearings, and farmlands (some hares can survive in extreme habitats such as deserts and Arctic tundra). Hares, unlike rabbits, aren’t kept as pets.

Hares are consumed by humans in many parts of the globe. Aside from poaching, the most serious threats to the wild survival of hares are habitat destruction and a lack of food. Fortunately, all hare species are still widespread and plentiful in the wild.

Unlike their cousin rabbits, hares are solitary animals that only live in pairs on rare occasions. And this usually happens during mating seasons. Hares have their breeding season in the spring. During this time, hares fight each other with their front paws (it looks like a boxing match).

Scientists previously believed that the males battle to maintain dominance and gain the ability to mate, but it has since been discovered that females use their front paws to defend themselves from pushy males that want to mate. This unusual behavior is defined by the expression “mad as a March hare.”

Rabbits and hares can appear to be identical at first sight, but they have significant variations. Here are five of them.

Leverets, or baby hares, are born looking like miniature versions of their parents – entirely furred, eyes open, and almost ready to jump around. They are capable of living on their own within an hour of birth and are weaned within two to three weeks. Baby rabbits, also known as kits or kittens, are born hairless, blind, and helpless, and they require their mothers’ care for about eight weeks.

Hares, on the whole, are bigger than rabbits, with longer ears and legs. They are also quicker runners, which makes sense given that they live in open areas such as prairies and must outrun predators. Rabbits and hares also eat different things, with rabbits preferring grasses and vegetables with leafy tops like carrots, while hares prefer tougher things like plant shoots, twigs, and bark. 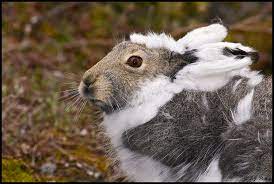 While both rabbits and hares molt (shed their coats), hares’ seasonal color changes are usually much more drastic than rabbits’. The snowshoe hare, for example, changes color from brown to dazzling white in the winter to provide sufficient camouflage. There may be some color difference between molts in rabbits, but it is much less apparent.

Another point of difference between rabbits and hares is the preference of homes. Wild European rabbits live in warrens, which are complex burrow structures up to ten feet deep and nearly 150 feet long. Eastern cottontail rabbits live in dens dug by other animals, such as woodchucks, and range from southern Canada to northern South America. Hares live above ground, in hollow logs or simple nests that they build by trampling down grass and vegetation.

Hares, unlike their rabbit counterparts, are not as sociable. In what is known as a colony, most rabbits live in groups of up to 20 individuals. Hares are normally solitary animals, although they can congregate in late winter for mating purposes. The eastern cottontail, ever the contrarian, prefers to live alone, just like a hare.

https://www.rabbitproducersassociation.com/whats-the-difference-between-a-hare-and-a-rabbit/https://www.rabbitproducersassociation.com/wp-content/uploads/2021/05/Whats-The-Difference-Between-A-Hare-And-A-Rabbit-1024x689.jpghttps://www.rabbitproducersassociation.com/wp-content/uploads/2021/05/Whats-The-Difference-Between-A-Hare-And-A-Rabbit-150x150.jpg2022-03-31T10:53:30+00:00Netherland Dwarf RabbitUncategorizedEven though they appear to be the same animal and belong to the same order of mammals, rabbits and hares are entirely different species (Lagomorpha). Physical appearance, attitudes, and even lifestyles all vary significantly. To really understand the difference between the two species, we must have some facts about...Netherland Dwarf Rabbit domains@dmhubtraining.comAdministratorNetherland Dwarf Rabbit 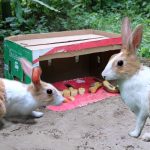 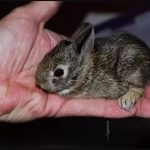 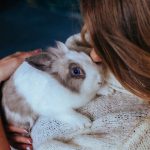 « What Is The Best Food To Feed A Rabbit?
What Do Rabbits Need In Their Cage? »